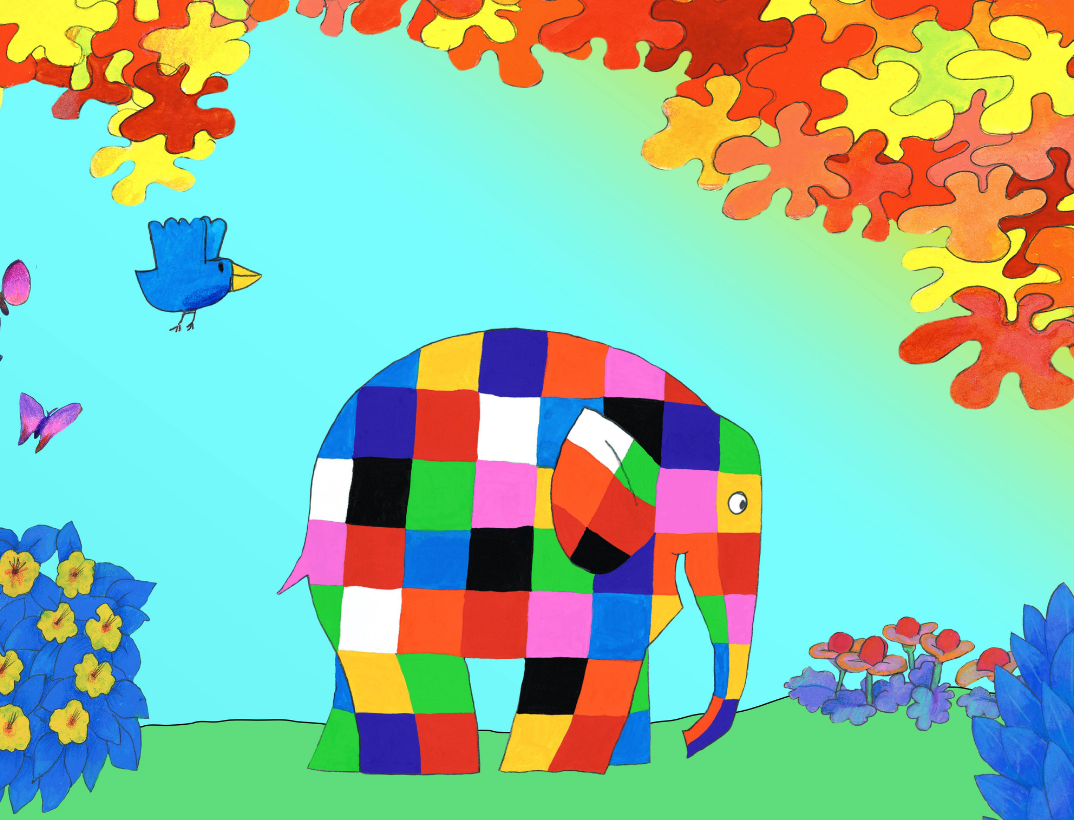 Tutatis are a distributor and producer specialising in the creation of street theatre, family theatre, event management (procession of kings, local festivals, corporate events) and customised assembly of programming for customers who require it. 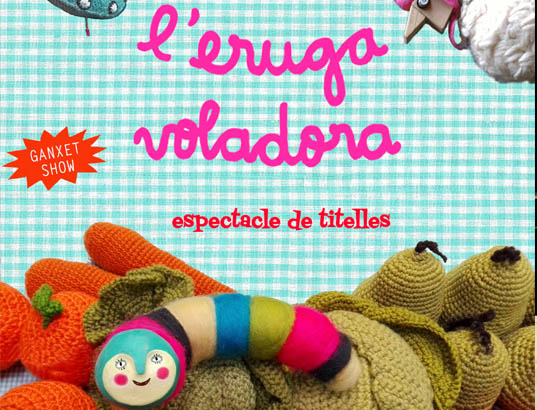 Hard to believe, literature was created to explain the world.

Maüra, daughter of the earth explains the origin of the sun, the moon, and the stars, inspired by Joan Miró’s art.

The show explains that, once upon a time, the sky and the earth where glued together, that Maüra started to grind without realizing that with the mortar was hitting the sky, and that she didn ́t listen to the butterfly, the swallow, or the eagle who warned her, and… Do you want to know more? Come and see! 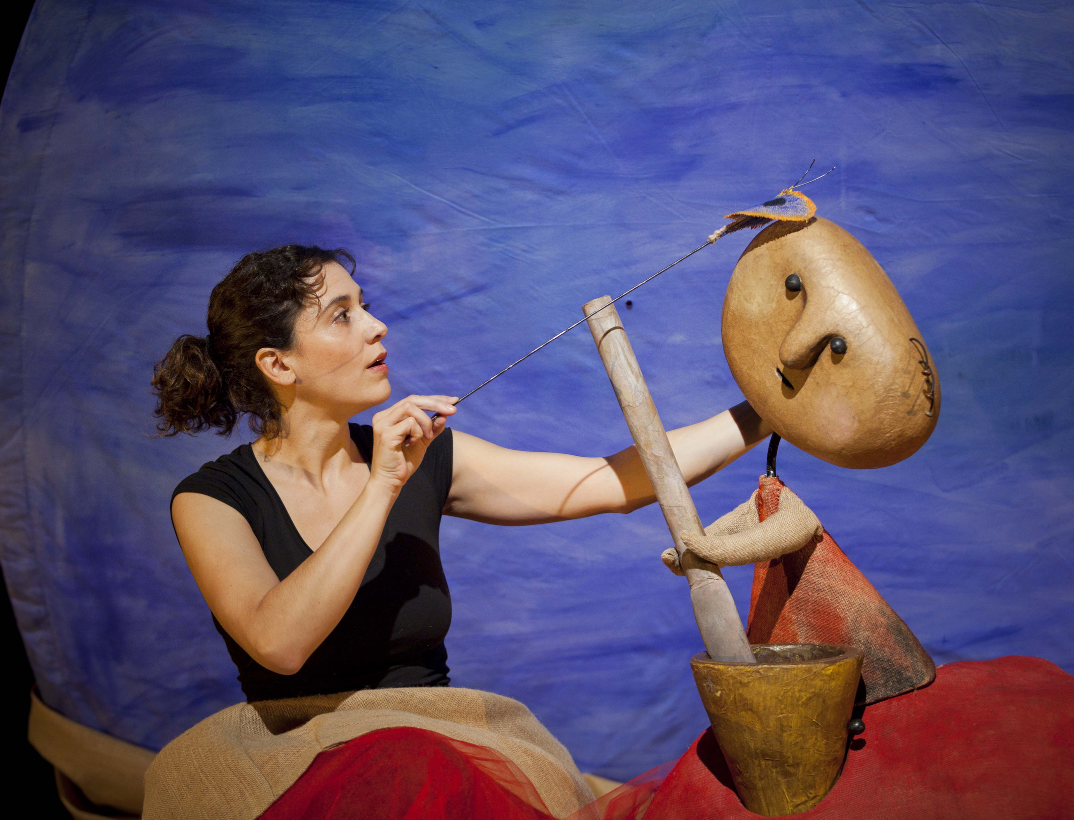 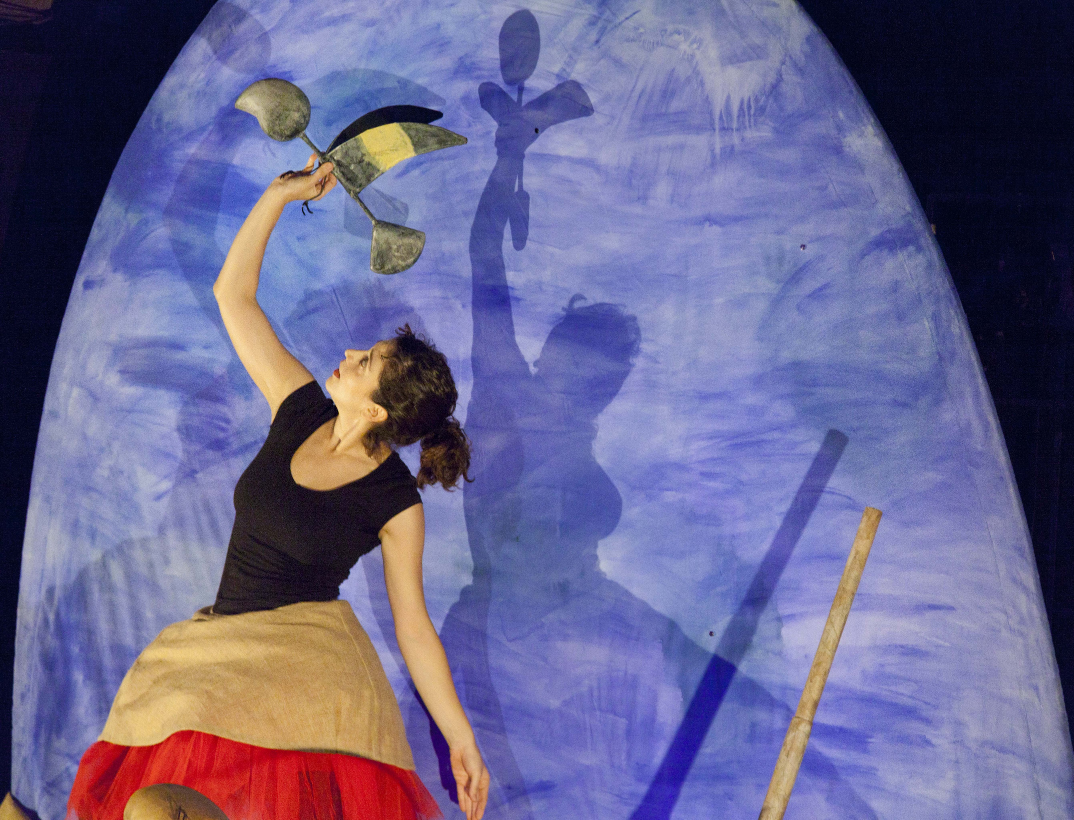 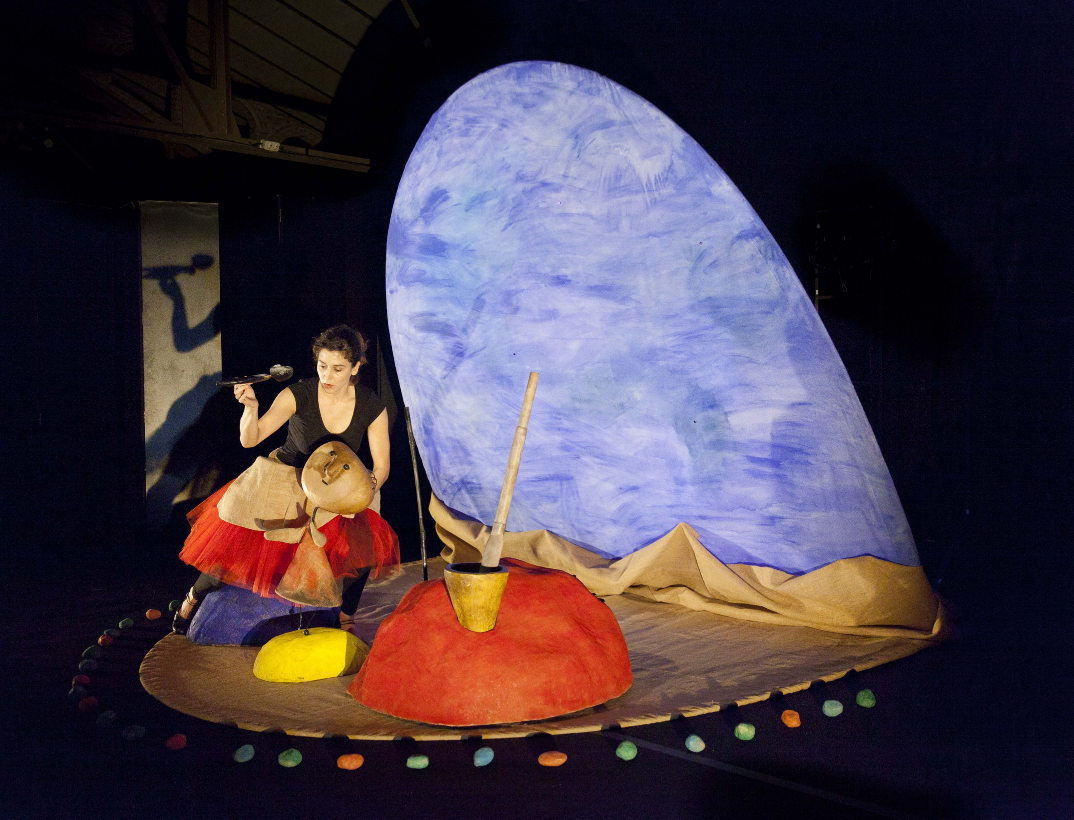 Mrs. Brownie tells us the story the story of a black American diva as she approaches the end of her life. Accompanied by her only friend, a practising pianist, and young caretaker, Mrs. Brownie will live her last days between the memory and the nostalgia that entrust the songs that led to her most outspoken success. Halfway between life and death, constantly moving from dreaming to reality, Mrs. Brownie looks with tenderness and humour the humanity of someone who, after being considered a myth, has to face her end like any other person. 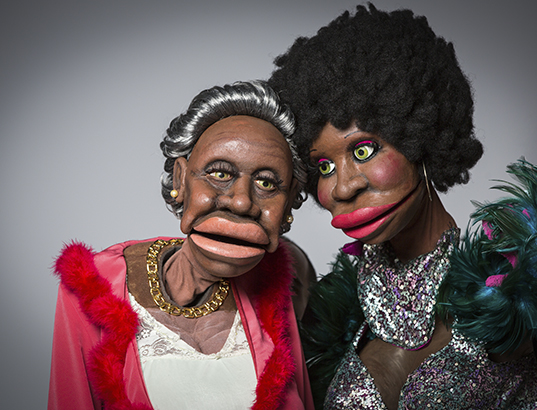 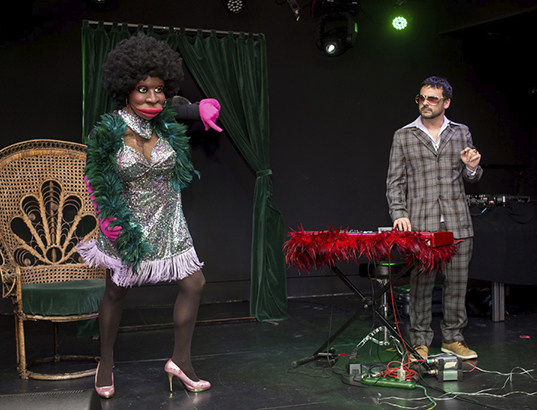 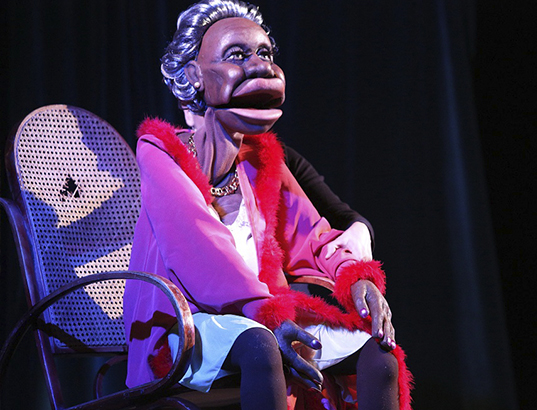 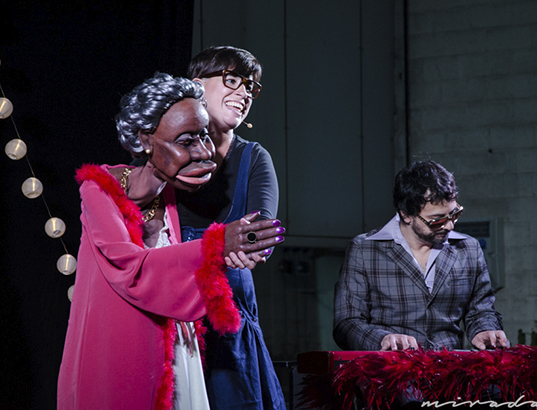 We are a collective of performing arts professionals who create and tour performing our own work. We are from Sant Martí de Tous, a little town in the Anoia region, from where we look to export our project everywhere for 20 years. 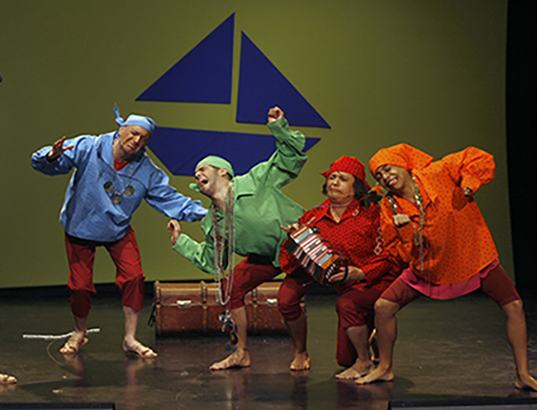 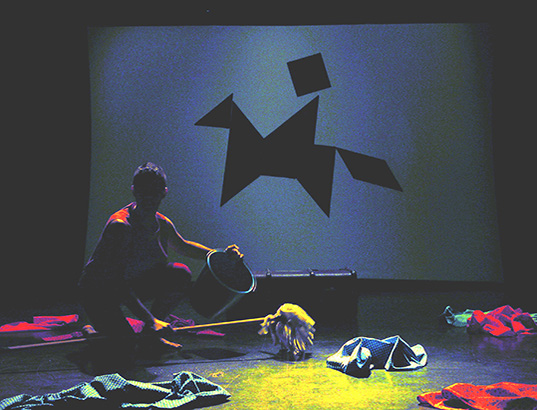 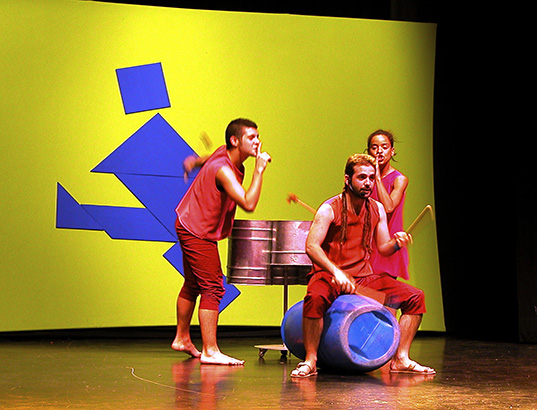 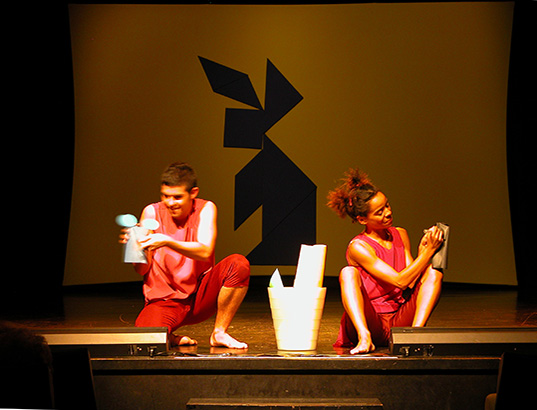 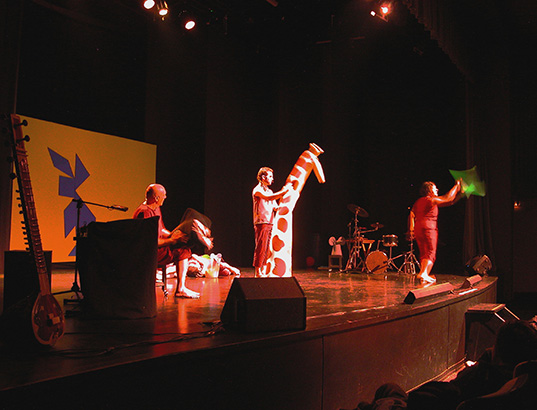 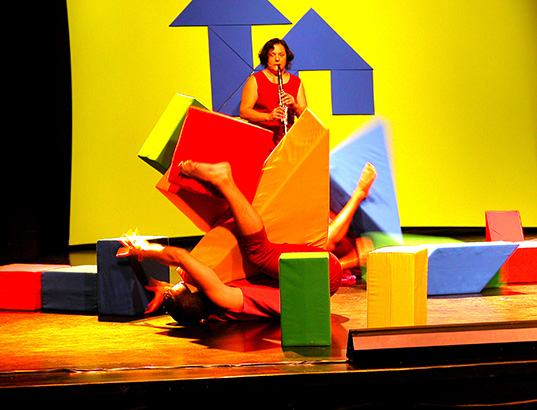 Welcome to the post office Postcode 00, a very special post office where letters and packages arrive from all over the world. If something scares you, or warms your heart, or looks for an ear to be listened… you only need to write it down in a letter and the post ladies from Postcode 00 will lead it to a good destination! In this post office you will discover countless stories: about love, trips, mystery… A unique and magical experience in the world of communication between people!

At the end of the show, each child will be able to write and send a letter to the Post mailbox, and in return, they will be able to take a letter from another child who has seen the show elsewhere and who had left a message. 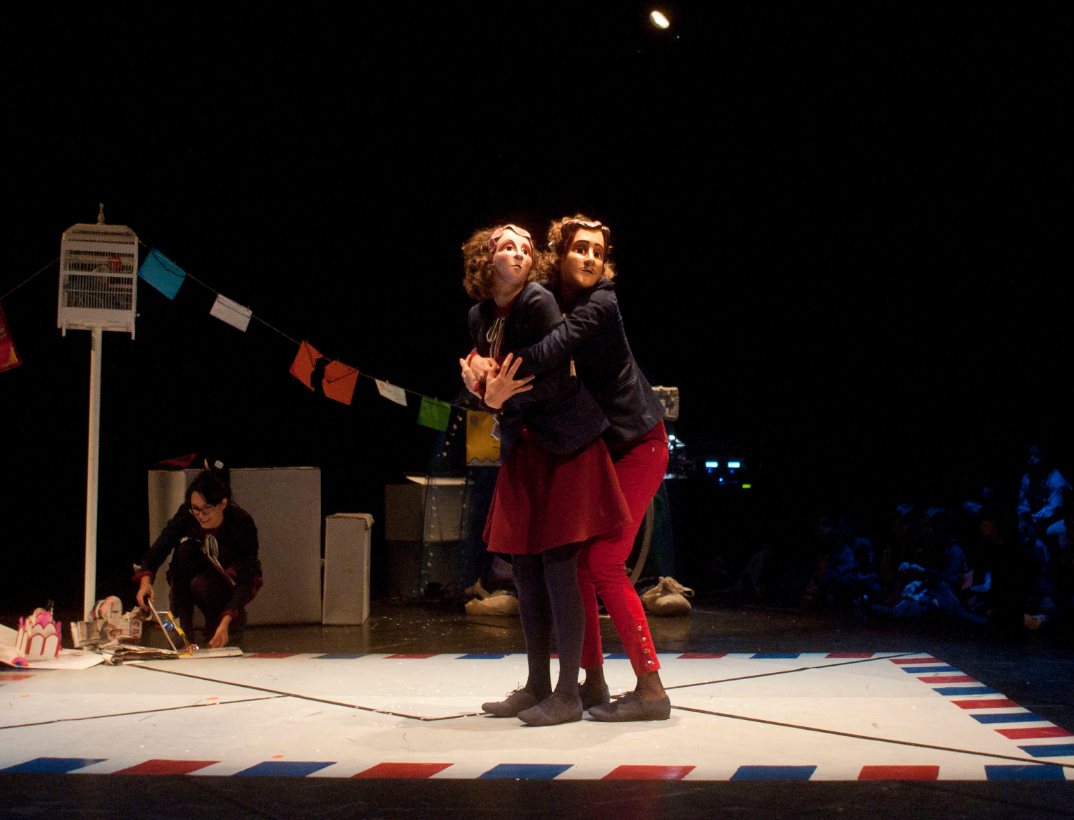 THERE WAS ONCE a Tsar who fell seriously ill, the diagnosis: “This man is not happy,” the remedy: “You have to find a happy man and put on his shirt.” ZUM-ZUM THEATRE invites you to participate in one of the great adventures of humankind, the search for happiness! To accomplish this we want to associate new technologies to the purest theatricality to create a universe of moving images, objects, music and situations to answer a big question: Who is the happiest man or woman in the world? 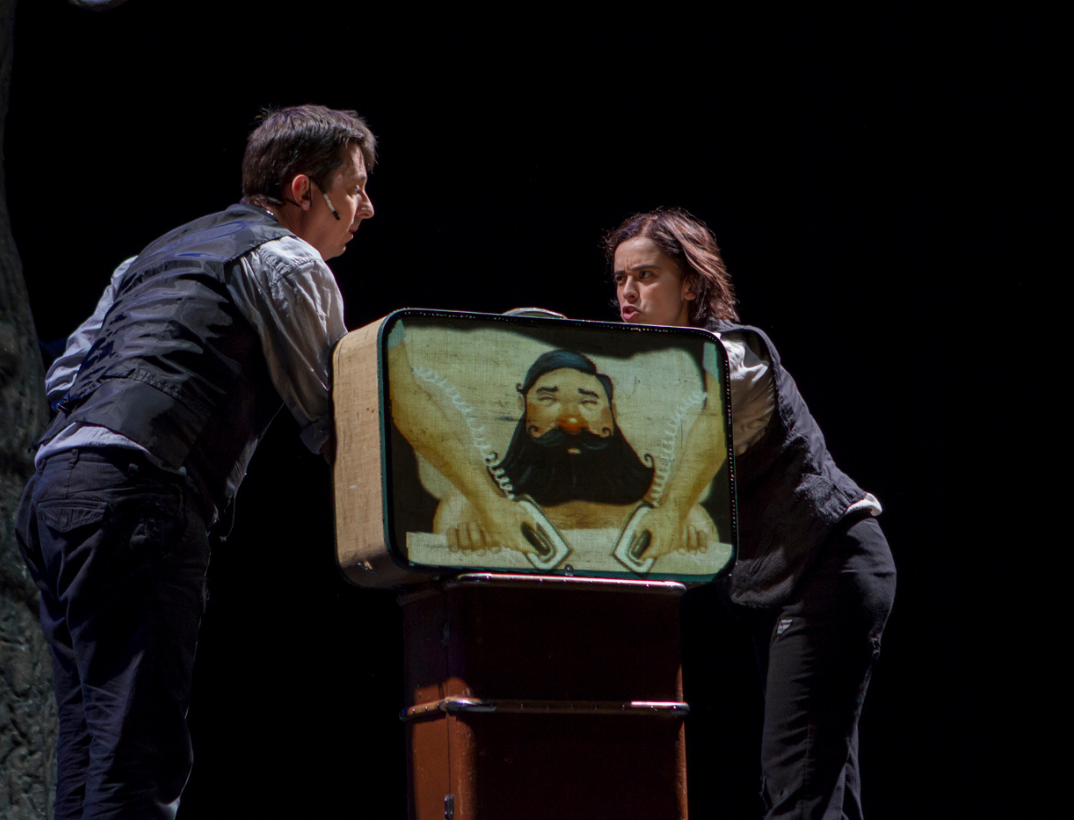 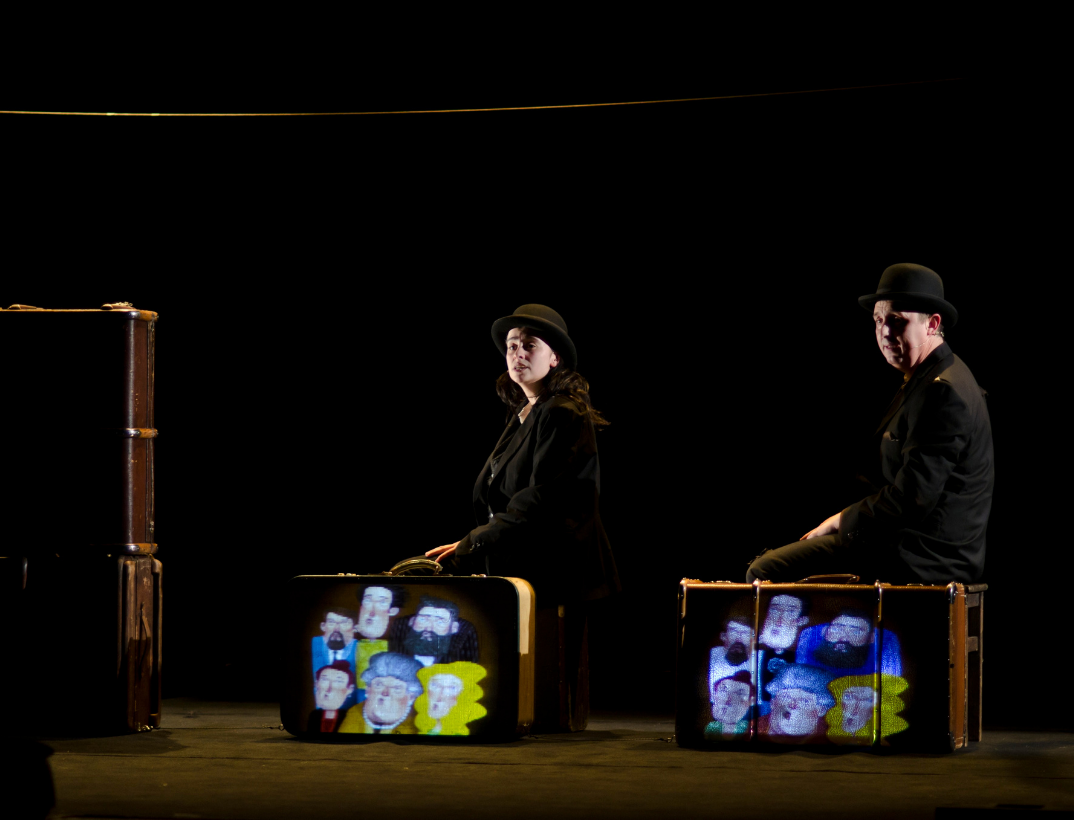 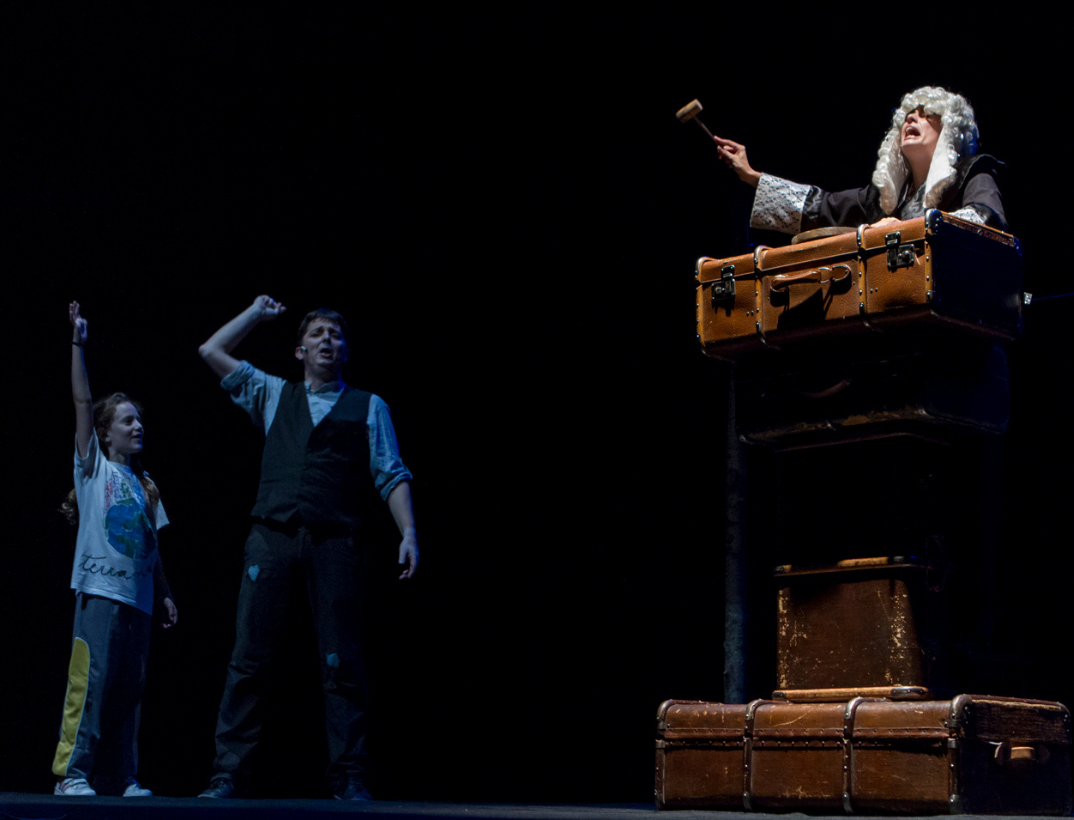 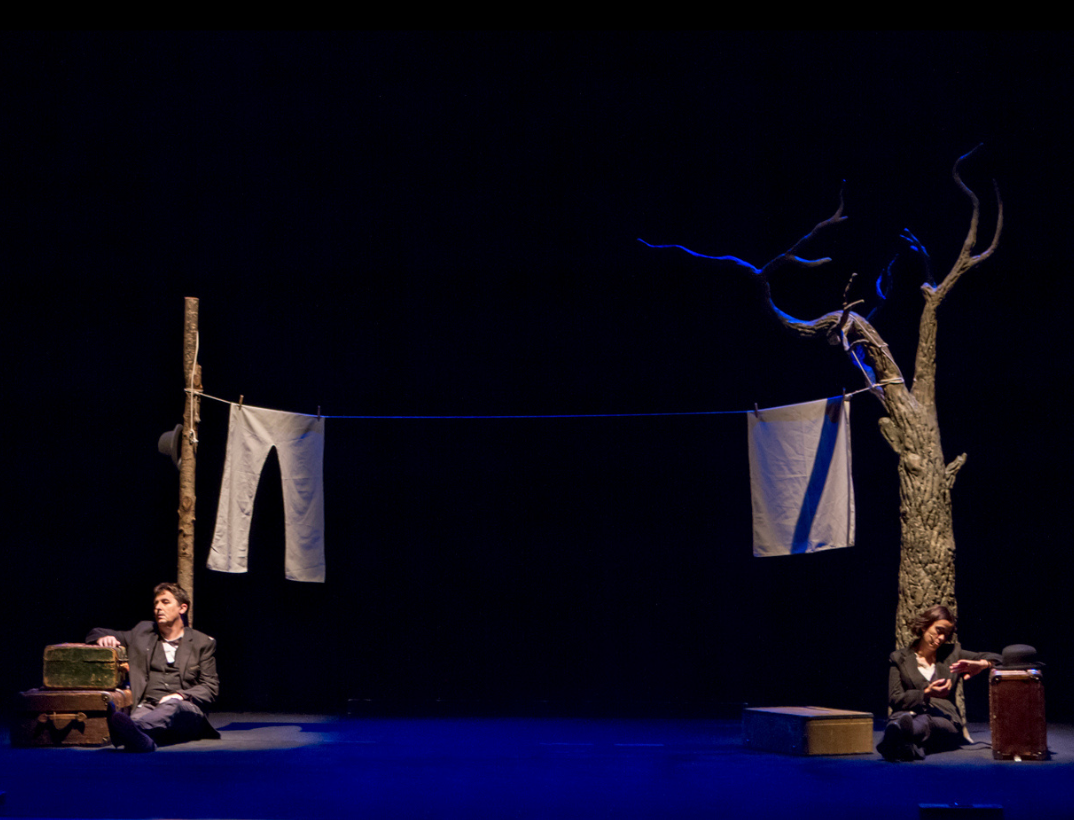 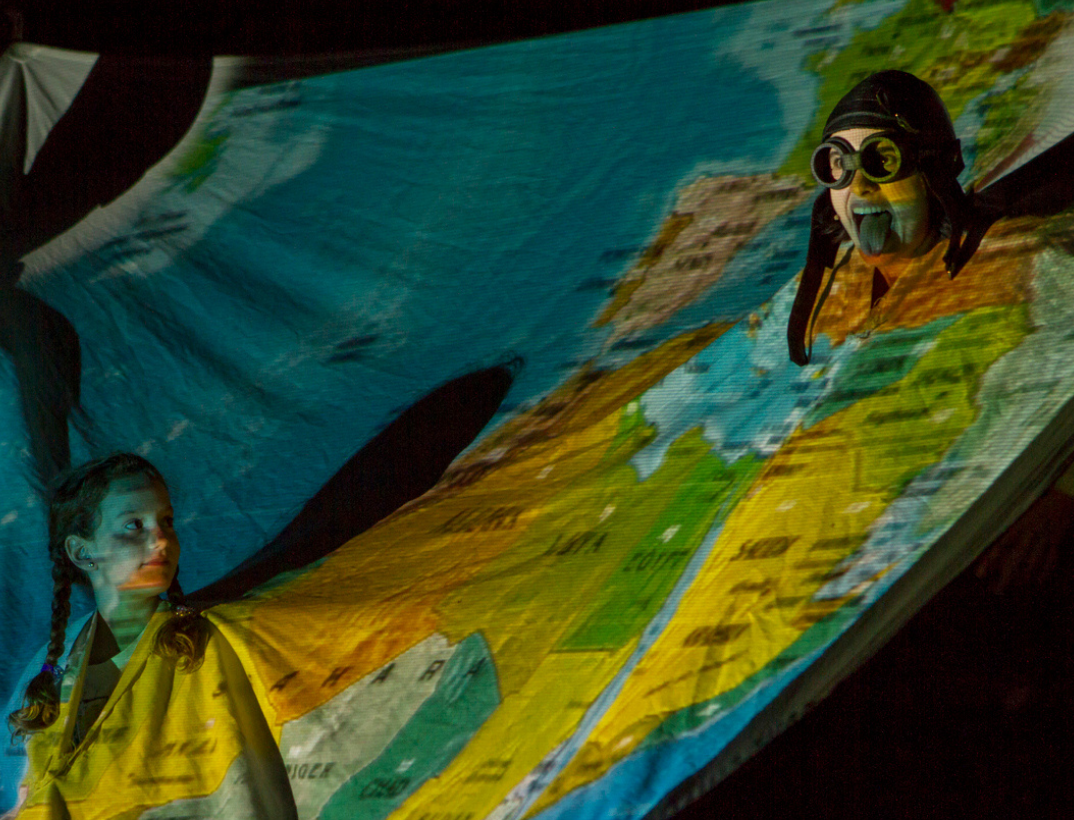 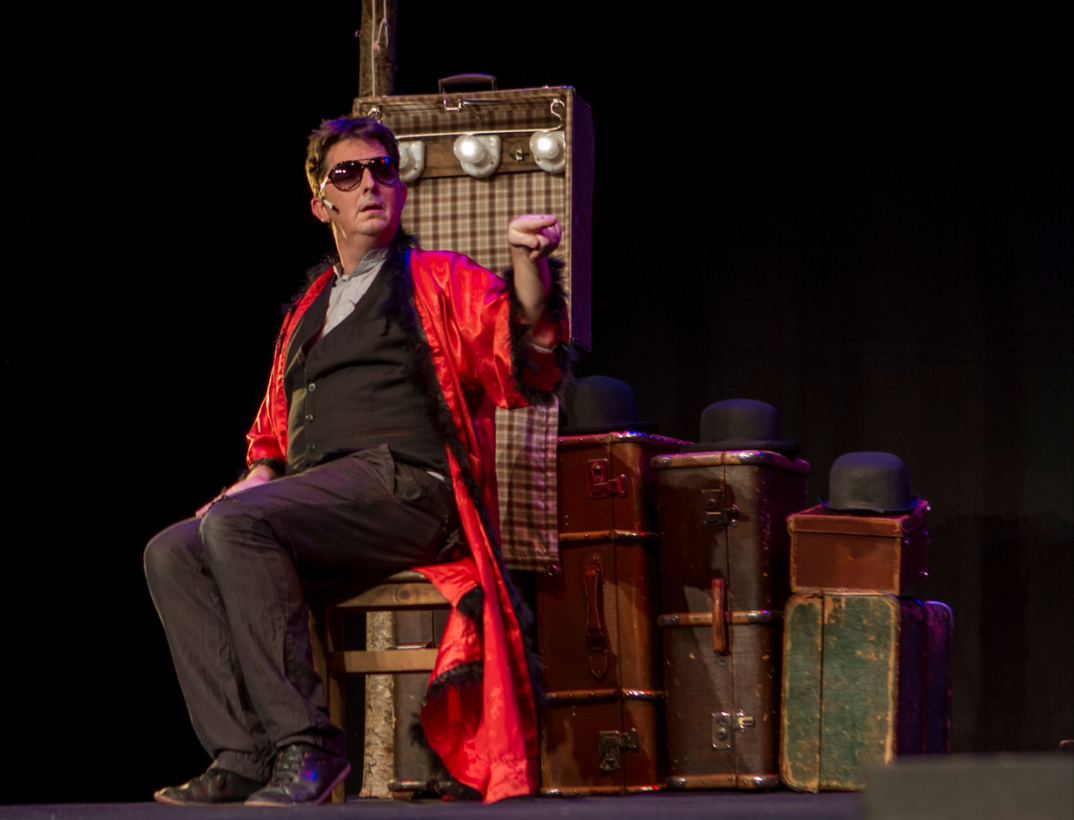 Zum-Zum Teatre is a theatre company for adults aged 4 and up. Our shows aim to entertain, excite and enhance the imagination, creativity, and critical sense of the public of all ages. We believe that it's necessary to reclaim children's theater as an essential artistic and socio-educational tool.

Gwendolyn the gnome and Matilda the bird are two friends. They decide to build a house to live in. But sharing a house is not easy. Matilda is irritated by her intolerant neighbour and Gwendolyn doesn´t accept the bird´s playful nature.

“Gnome” is a show about the challenge of friendship and tolerance, and new family structures.