The three piggies of the famous folk tale have grown up and are now seen on the streets of the city, looking for a new house. And making a joke about the old wolf, who doesn’t blow like he used to. After all these years you could say that they are old friends and everything has become a game!

An old tale renewed to giant measure, ‘hooligan’ and full of tenderness. Urban impact game show and interaction with the public, aimed at all audiences, around the popular story “The three little pigs”.

The little pigs represent the different realities of our society and move with the materials to build their houses. The Wolf is shown as an aging wolf where the game predominates in their relationship of love and hate with the piggies. It is not intended to decide who is the good or the bad in this story. A very dynamic and visually fun touring show. 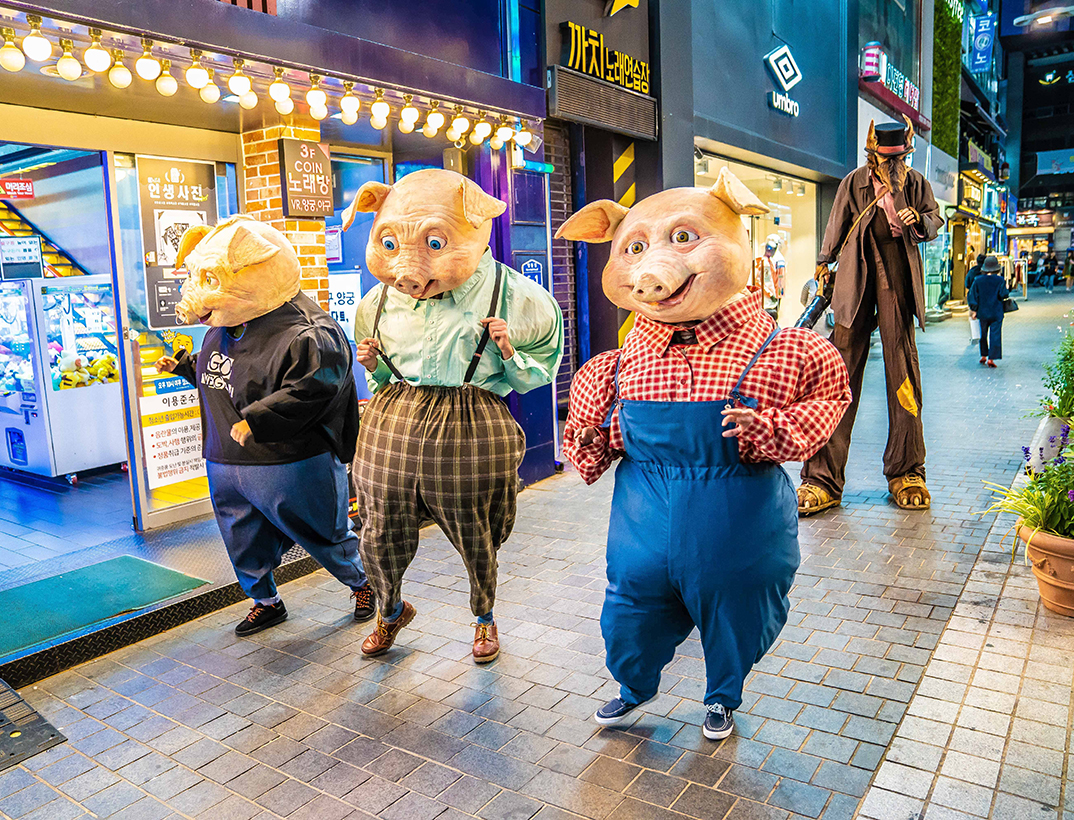 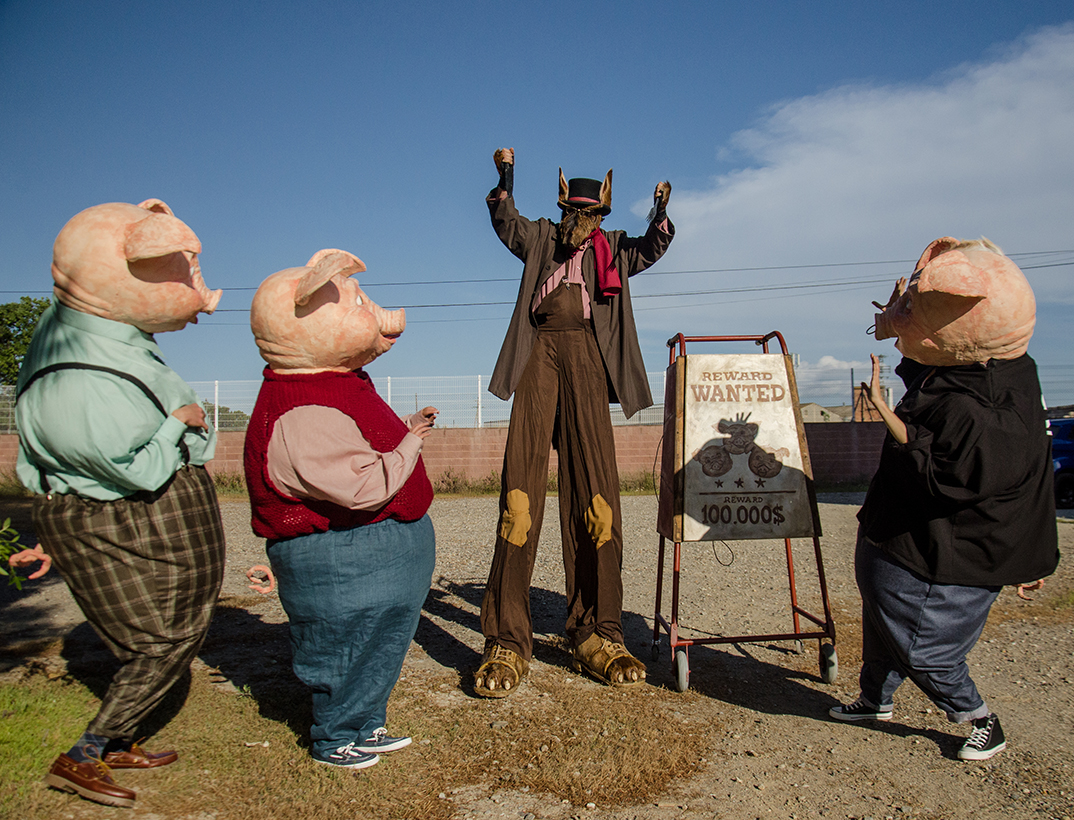 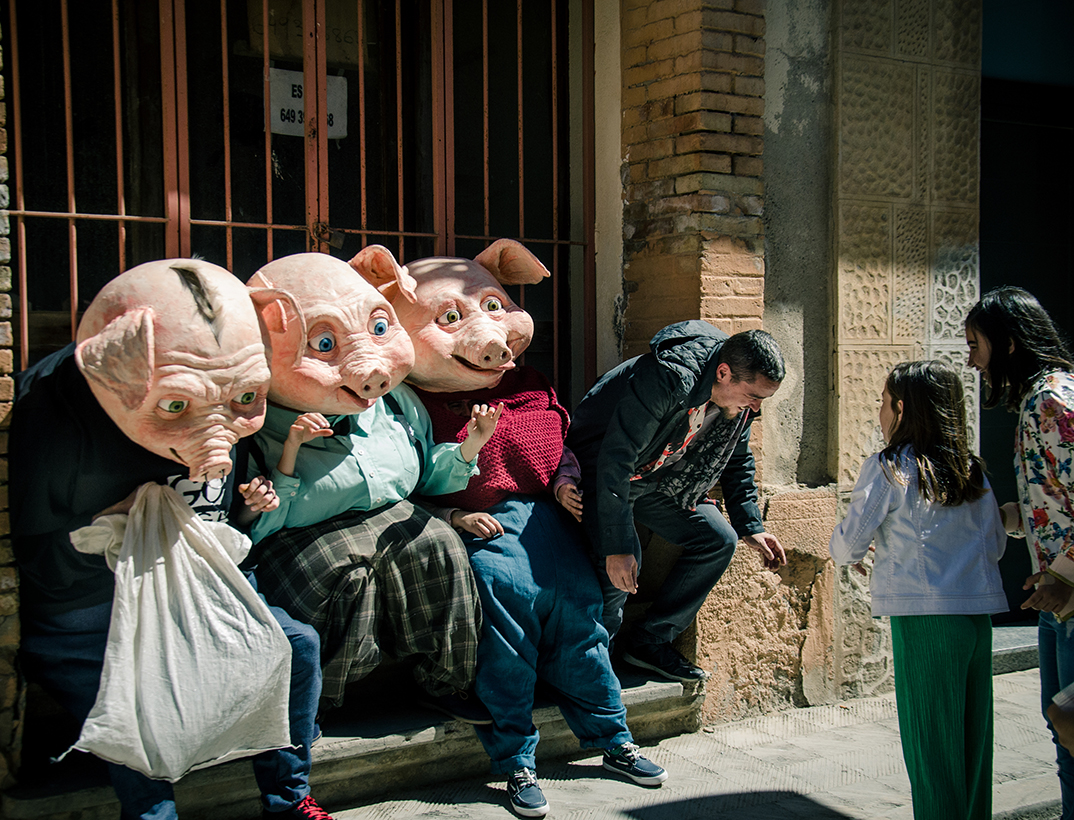 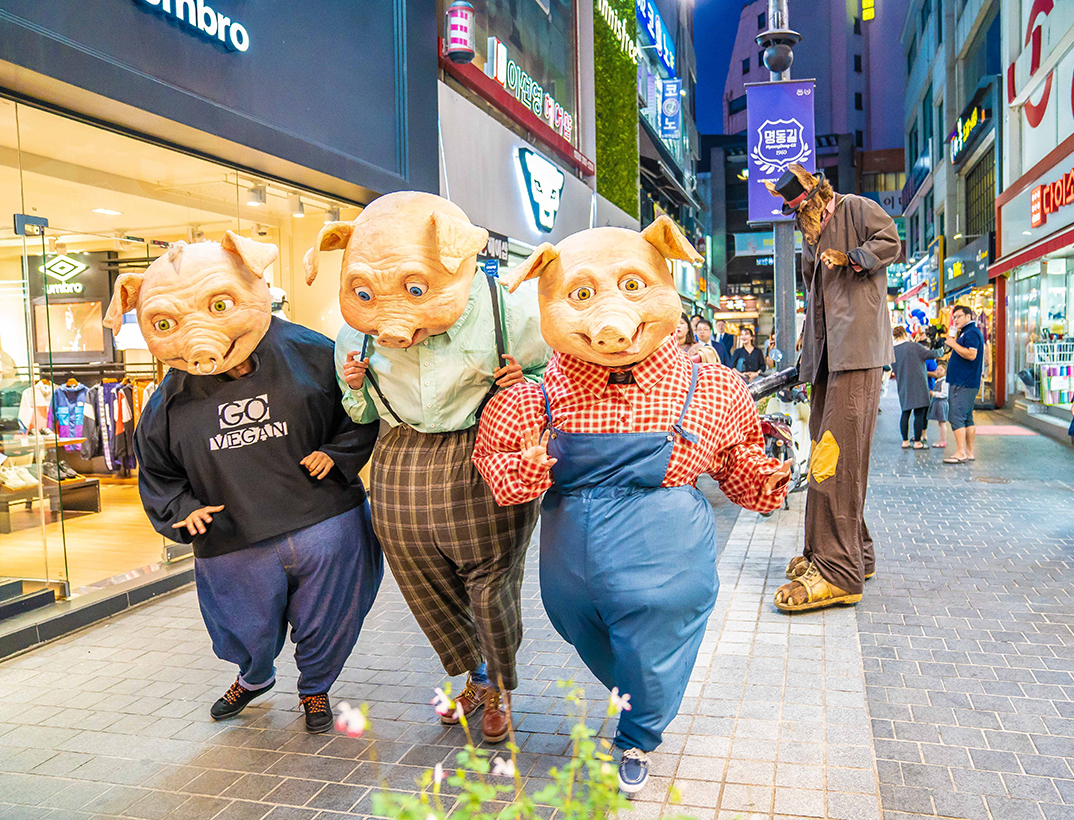 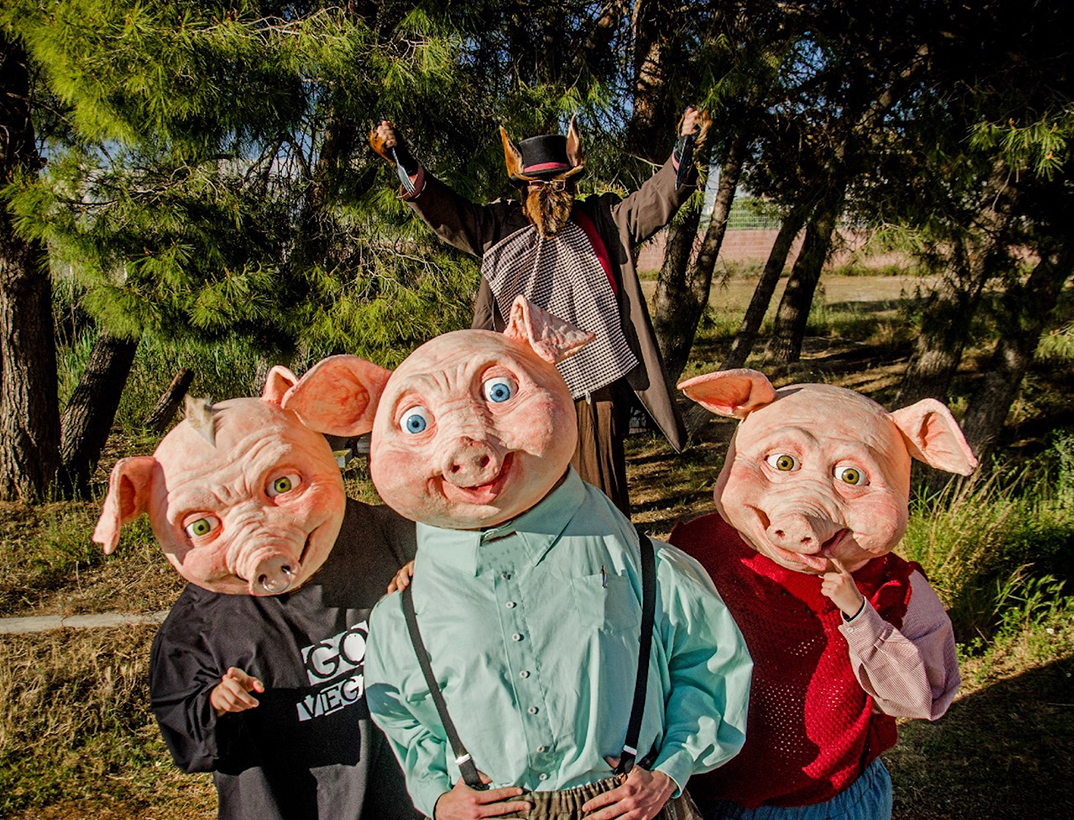 In 2008 Cristina Garcia and Jordi Pedrós founded Campi Qui Pugui. Our shows treat the public with closeness and fun, combining different techniques. We have acted in more than 15 countries, including Australia, Israel, Romania, Canada, China and Korea.